The nefarious Robot-Dog threatens to destroy all the cat food factories on the planet. But this bunch of heroic felines will not let that happen! Time to assemble a team! Be brave, Super Cats! Every belly out there is counting on you

Quick wit, bluff and cheerfulness are the ingredients of this over-boosted rock-paper-scissors!

Compete against other players to transform your team of cats into Super Cats and challenge the RoboDog played by other players!

In Super Cats, you play as groups of 5 cats who compete to become the Super Cats Heroes, in order to defeat the RoboDog, devourer of cat food! The first player to transform his 5 cats becomes the Hero and will face the other players who will then collectively play as the RoboDog. Fights occur in real time, with everyone playing simultaneously, using their hands.
In Episode 1, you chant SU-PER-CAT, hold out your hand and raise 0, 1, 2, 3, 4 or 5 fingers. If you have the biggest unrepeated number, transform one of your cats into a Super Cat!

In Episode 2, the Hero player clashes with the other players (who chant RO-BO-DOG) while holding out a hand raising 0 to 5 fingers. When the Hero’s attack shows an unrepeated number, the RoboDog is damaged. When the RoboDog counters the Hero (his number is repeated), his Super Cats become normal cats again. The game ends when either the RoboDog is destroyed or the Hero no longer has Super Cats to fight. 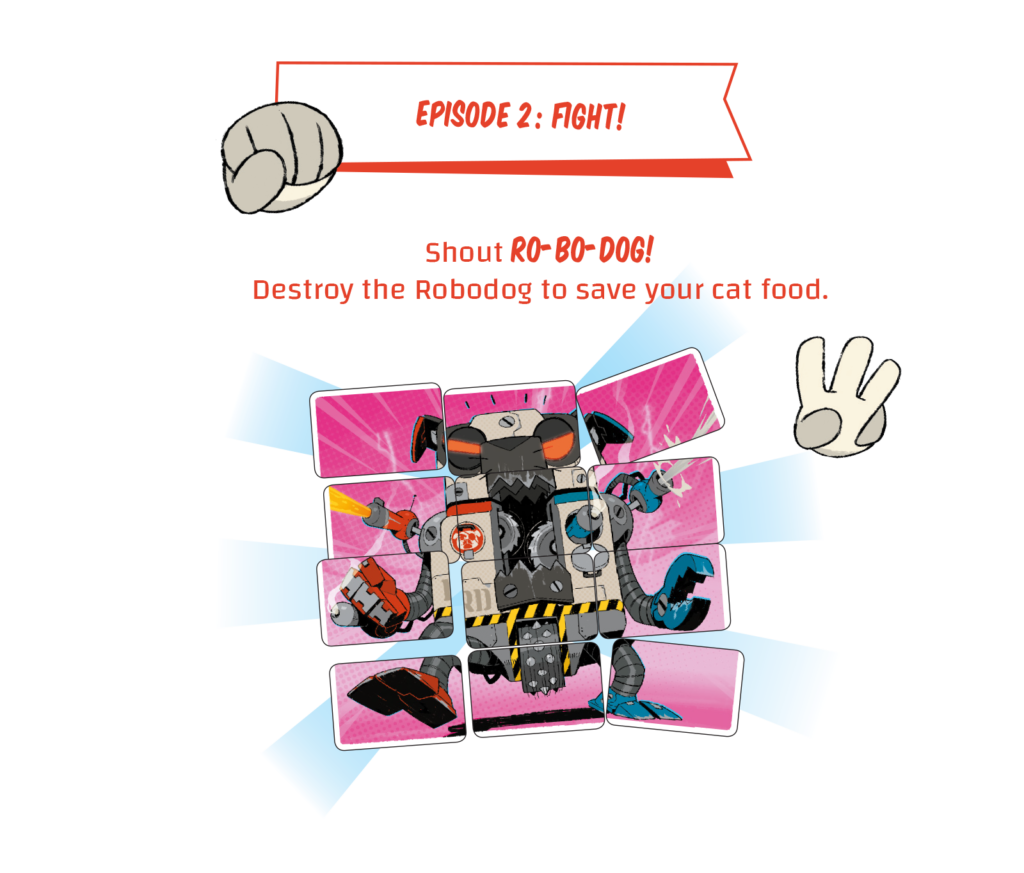